Note: Ubuntu is primarily distributed over the Internet as CD/DVD image files, called ISOs. If you have downloaded an ISO image, please refer instead to ../FromUSBStick (to install an ISO image on a USB flash drive) or BurningIsoHowto (to burn an ISO image onto a CD-ROM).

The Ubuntu 9.04 netbook remix and some specialized machine images are distributed as disk image files, called IMGs. A typical example is operating systems for Raspberry Pi. This page describes how to install from a .IMG file.

You need to write the downloaded IMG image to a device that your computer can boot from. For netbooks this is usually a flash memory device, such as a USB flash drive or SD memory card. You can also write the IMG file to an external USB hard drive, although these instructions use the term "flash media". The device must have sufficient capacity for the install (1 GB or larger is recommended), and you may need a USB adapter or SD card reader on your computer in order to write to it.

Warning: This will destroy all data on the destination device. Please backup all data to other media before proceeding.

Be sure to verify that your computer supports booting from the device you have selected for installation. Many computers can boot from a USB drive, and some from other sources. Check the documentation on your specific model of computer for the procedure to boot from the selected device.

Before writing your flash, it is highly recommended that you verify the md5 sum (hash) of the .img file. For instructions, please see HowToMD5SUM. For the current list of Official Ubuntu MD5 hashes, see the MD5SUMS file for the release you're using under http://releases.ubuntu.com (and optionally the PGP signatures in the MD5SUMS.gpg file), or see UbuntuHashes. This ensures that the file was not damaged during the download process and is 100% intact.

Links that describe the Win32 Disk Imager with more details: 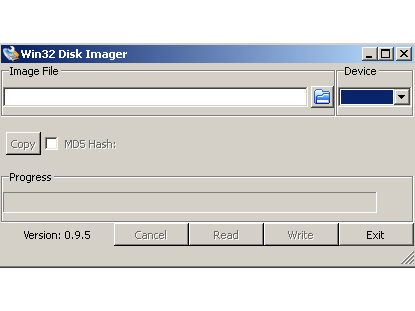 Graphical Interface (up to 12.10, for later versions use mkusb or the commandline method below) 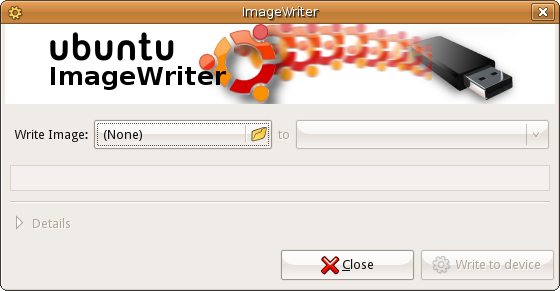 Be very careful about which /dev device you write to. If your machine is booted up off of disk /dev/sda, and your usb stick is on /dev/sdc, and you accidentally write to /dev/sda instead of /dev/sdc, your filesystem will be irreparably damaged and you will lose all of your files.