Many different encryption methods have been invented over the millenia. One of the most famous is the Caesar cypher, which Julius Caesar used in ancient Rome. (By today's standards, it is ridiculously easy to break.)

LUKS, or Linux Unified Key Setup, is one of the modern ones. We use LUKS here because it is easy to use, has all the functionality that we require, and encrypts to a high modern standard.

In this diagram, partition 3 has a file system. It is unencrypted, and anyone with access to the computer can see its contents even if they haven't logged in. 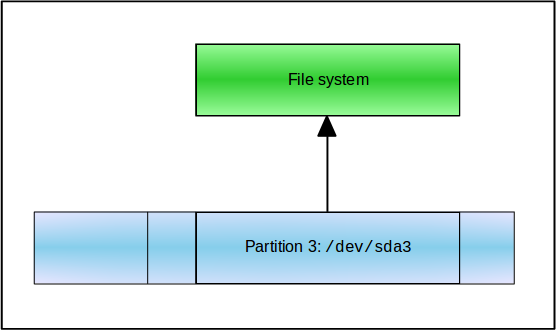 A partition encrypted with LUKS 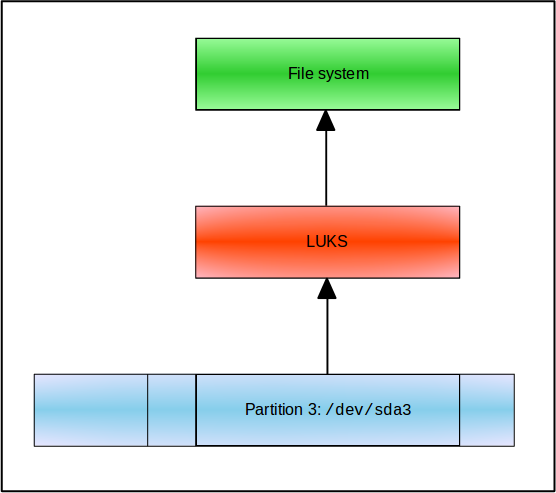 LUKS and LVM will be used together. See the LVM topic for information about this.