HardInfo is a hardware analysis, system benchmark and report generator. 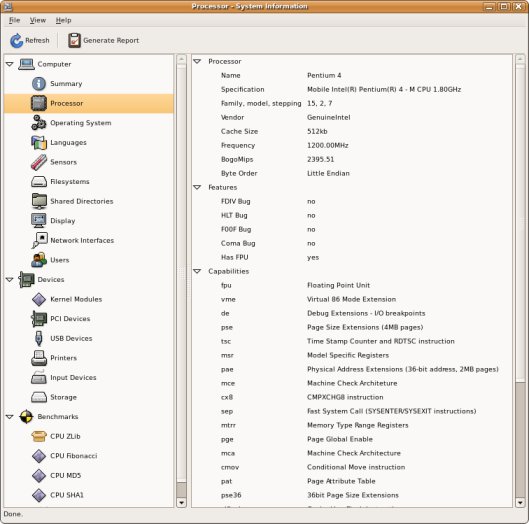 NOTE: Network Update is unavailable until further notice due to loss of database hosting.

Until a network update is completed, only the results of local tests can be viewed under the 'Benchmarks' section. Completing a network update from 'Information > Network Updater..' will download additional benchmarks for comparison and against the local machine. Benchmark results will then appear ranked from best performing to lowest performing against other systems.

Simply select 'Generate Report' from the top toolbar, a dialogue box will appear allowing you to export all desired computer, device, network or benchmark results to a HTML file. Upon completion an option to open the file immediately for viewing is provided