Inkscape is an open source drawing tool for creating and editing SVG graphics. More than just a text vector editor, Inkscape provides a WYSIWYG interface for manipulation of vector images, allowing the artist to express himself freely. While other free and proprietary software with similar capabilities exists, Inkscape provides an interface to directly manipulate the underlying SVG code. This allows one to be certain that the code complies to W3C standards. Since the beginning of its development, the Inkscape project has been very active, providing stability for the current software and the capacity for future growth.

Like other drawing programs, Inkscape offers creation of basic shapes (such as ellipses, rectangles, stars, polygons, and spirals) as well as the ability to transform and manipulate these basic shapes by rotation, stretching, and skewing.

A user can either manipulate the properties of objects individually and precisely through the XML editor or, in a more general and intuitive fashion, with input devices such as mice, pen tablets, and even touch screens.

In addition, Inkscape allows one to insert text and bitmaps (such as PNG—another W3C recommended bitmap image format) into an image, as well as perform some basic editing functions on them. If an artist requires further bitmap editing, he may use other tools (such as the GIMP) on images before or after importing them. If one does edit a linked bitmap in another program, Inkscape will reflect these changes once the SVG file is reloaded.

All of these characteristics make Inkscape a model drawing application, especially considering its flexibility and many other capabilities. Its strict compliance with the W3C SVG standards allows excellent portability of images to many applications and the varying platforms on which these applications run. 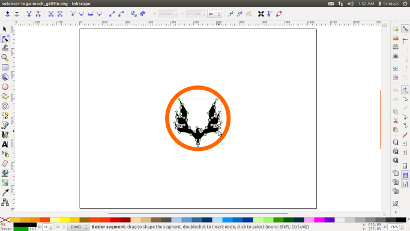 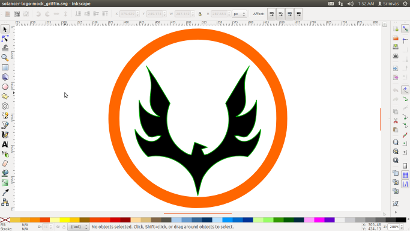 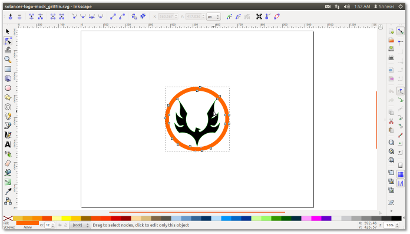 To install this software, simply install the following package: inkscape.

There seems to be an incompatibility between Inkscape (testet with version 0.8.4) and the "scrollbar-overlay" package (see https://bugs.launchpad.net/ubuntu/+source/inkscape/+bug/790130?comments=all). The result is that for the use case of a tablet, pressure sensitivity in Inkscape is broken.

The easiest workaround is to deactivate the scrollbar overlay temporarily while running Inkscape: Open a terminal and type

This starts Inkscape with deactivated scrollbar overlay. Pressure sensitivity should work then. If not, check if you have enabled the respective tablet input devices in dialog File->Input Devices...

Other applications you may wish to look at