Easy way to get installed Ubuntu 20.04 LTS that boots in UEFI and BIOS

This is an update, basically using the method described below, but making things a bit easier.

There is a compressed image file, that can be used to set up the boot structure to boot in both UEFI and BIOS mode. It is easy to extract and clone to a USB pendrive or other drive (SSD or HDD), and after that it can be used directly to boot into an iso file, and indirectly (after some tweaks) into an installed system.

Check with the md5sum in md5sum.txt.asc

This file will not be used here. (But if you want to make it easy, you can download and check it with the md5sum in md5sum.txt.asc. Then extract, clone and fix the system directly.)

The future will show if this boot system can resist upgrades of Windows and Ubuntu.

So, if there are problems, please send a mail to: nio dot wiklund at gmail dot com.

Simple and stable portable system for UEFI and BIOS

The current system contains an installed system, and both work in UEFI and BIOS mode. The compressed image files

were created according to the following description (written from memory, I may have forgotten some detail).

This is because it wants to use /dev/sda for the EFI partition.

Boot into the live system

Boot into the live system, but if the target is also a USB pendrive, plug it in before continuing from the grub menu.

After that, use gparted to get a partition table with partitions for EFI, root and swap. 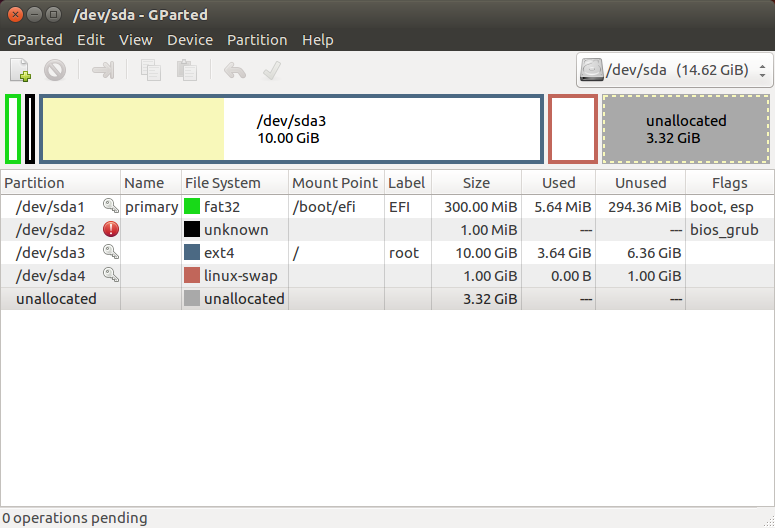 Boot into Ubuntu live alias 'Try Ubuntu' from an amd64 iso file in UEFI mode. (It might work in BIOS mode, but I did not try that.)

Start the installer. At the partitioning window, select Something else and install into the root partition 3 and swap partition 4.

While running the live system in UEFI mode

It is best if you manage to make the computer see the target drive as /dev/sda (that x is a).

Reboot the live system into BIOS mode, install grub-pc and install the bootloader for BIOS mode

If some minor detail goes wrong, you may need to repeat the installation of the bootloaders (trial and error).

If you clone the compressed iso files, you need to fix the GUID partition table, GPT, because in most cases you clone to another drive size, and GPT is sensitive to that (which is different from the old MSDOS partition table). I made a shellscript file, gpt-fix, that does the work for you. It works for the cases that I have tested. gpt-fix uses gdisk under the hood, and you may need to install it. Run gpt-fix in the directory, where you downloaded it (or install it into a directory in $PATH).

where x is the drive letter.

The method described above seems to create a stable system when used in a USB pendrive and also in an SSD connected via eSATA and USB. It is tested in three different laptops, a Toshiba Satellite and an HP Elitebook and a Lenovo X131e and in an ultra-small desktop computer, Intel NUC 6i3SYH, and it has survived such adventures in UEFI and BIOS mode.

It might or might not work to flash the pendrive image directly from a compressed image file to an SSD or HDD drive depending on the sector sizes. The sector size according to parted, 512b/512b, is shown in screenshot #2, in the output from parted. 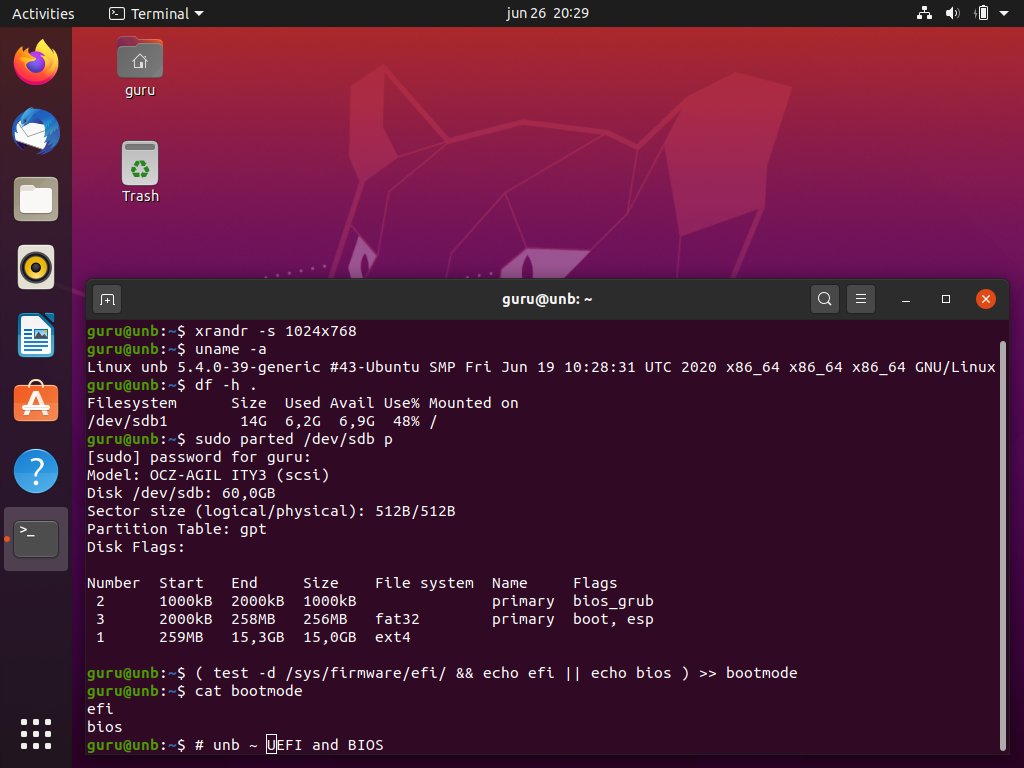 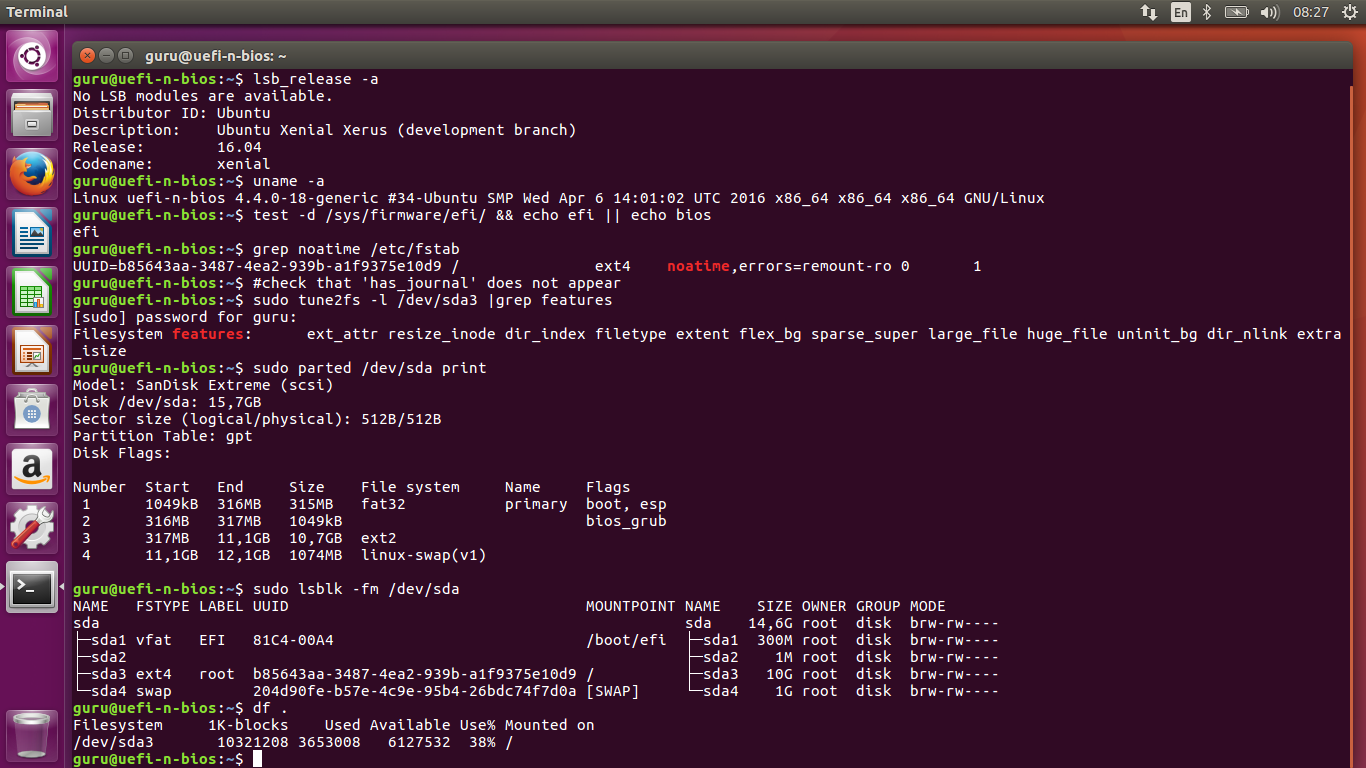 In the HP computer it boots via eSATA, where it also works when installed according to the description above. It is possible to boot from USB via chainloading. (This HP computer does not want to boot directly from USB if there is a GPT partition table).

When Fluxbox is installed, it can be started from here. 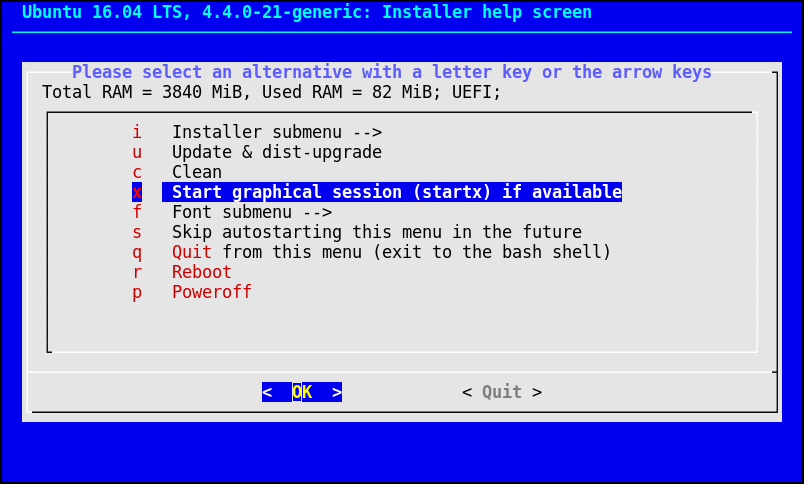 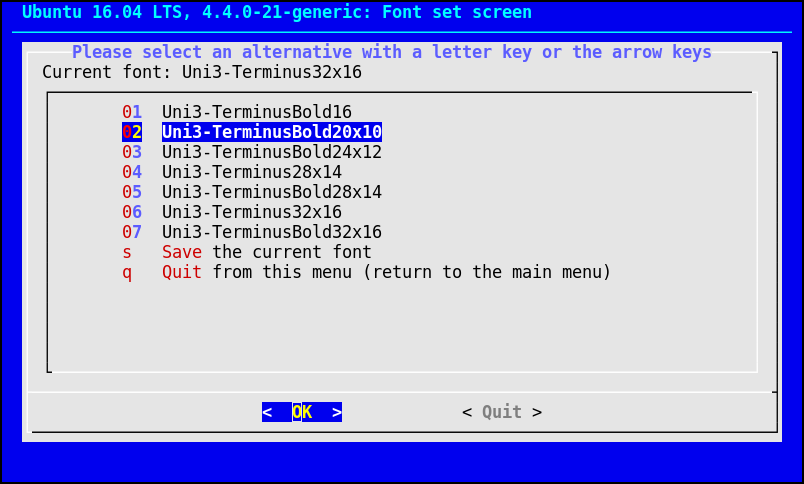 Prompt to update and dist-upgrade the system before installing meta-packages: 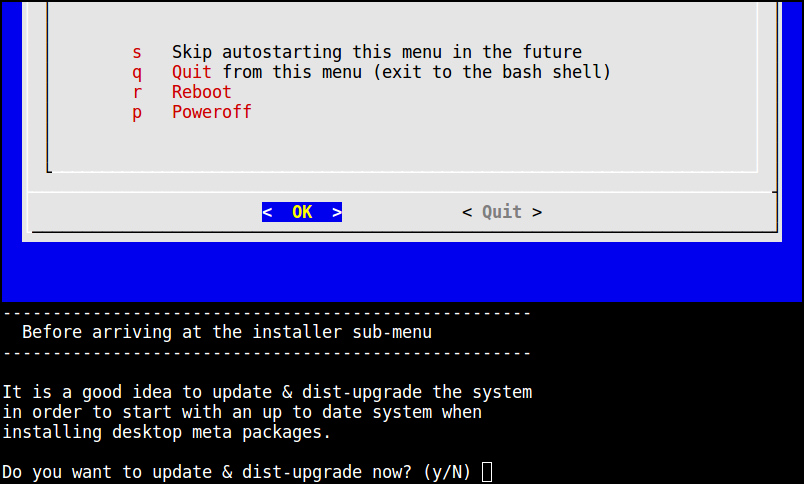 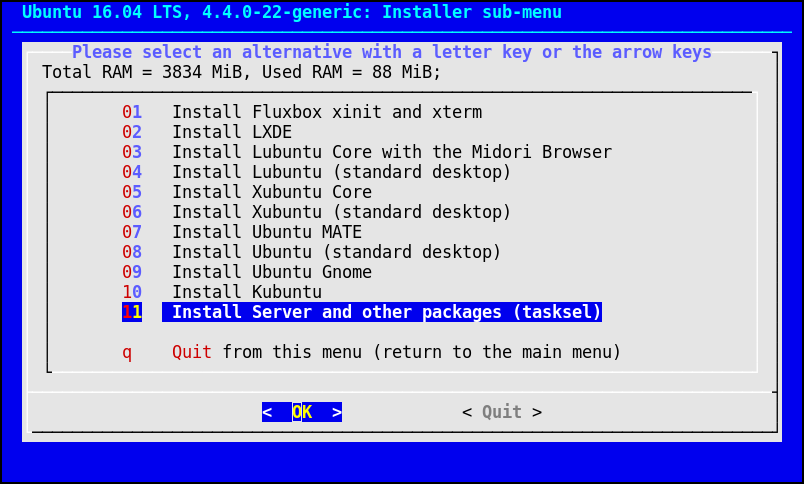 Move the cursor with the arrow keys and select (the item at the cursor) with the space bar. 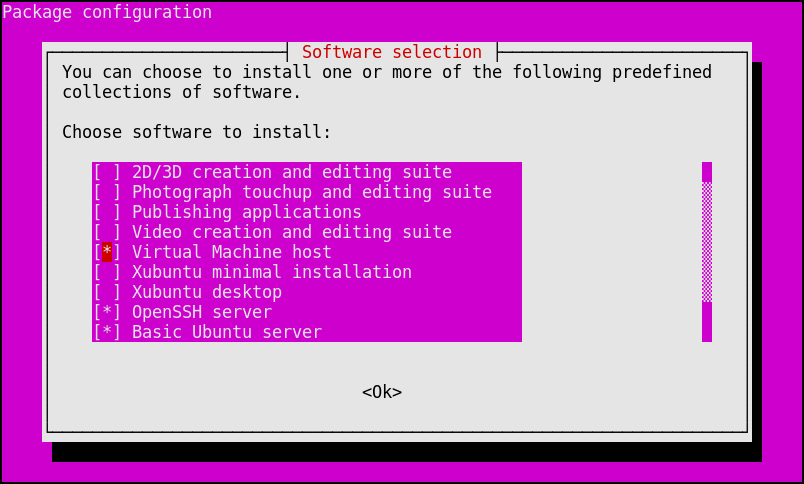 The partitions and file systems are listed by parted and lsblk in the following code block:

Decrease wear for a pendrive

Do not copy this line. Add noatime to your own line.

It is also possible to remove the swap partition and the swap entry in /etc/fstab in order to avoid wear due to swapping.

where x is the drive letter and y is the partition number of the root partition, in my case /dev/sda3

Move the swap partition and grow the root partition to use the whole drive. See this link

The systems in the compressed image files described at ../#Installation_from_a_compressed_image_file have the following user and password

Remember to check with md5sum, that the download of the compressed image file was successful.

It is straight-forward to install from a compressed image file with mkusb or mkusb-nox.

After this cloning operation you should run gpt-fix in order to match the gpt data to the current drive size (unless you are running mkusb version 10.6.6 or newer versions of mkusb, where gpt_zap and gpt_fix are built-in).

See the detailed description at this link: ../#Installation_from_a_compressed_image_file