CUPS printer configuration and management is handled by the Printer Admin utility launched from the Gnome menu - System -> Administration -> Printing (If the menu item does not exist you need to add the command system-config-printer to the menu). Also IPP provides web services so after you have configured CUPS appropriately, you can access the printers and jobs via your web browser.

When a locally attached printer is defined, eg using the Printer Admin utility, that printer is automatically published from this "print server" host to the network, depending on the server directives in the CUPS configuration file. A remote Ubuntu "client" host can then be able to see and use the printer attached to the server. The network printer automatically appears in the client's Printer Admin utility. It simply pops up if CUPS is up and configured correctly and disappears if you stop CUPS at either the Print Server or your local machine.

The Print Server is the Ubuntu computer that is directly connected to the printers. 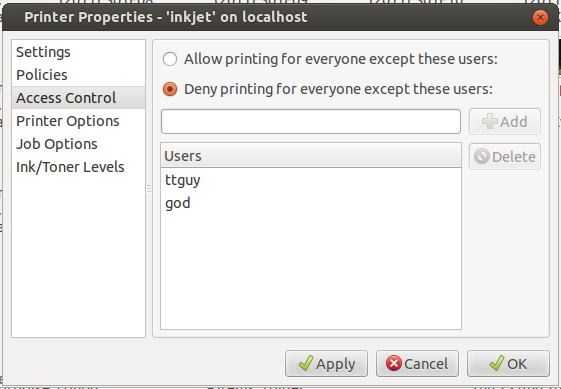 But you might want to "allow printing for everyone". 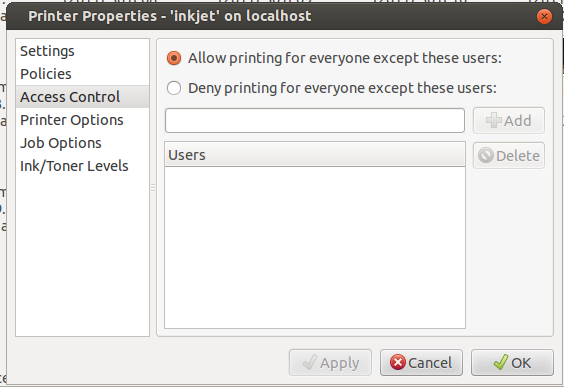 If your Ubuntu print server shall be able to work also with Windows clients, you must first make sure that the SAMBA package is installed (e.g. using Synaptic package manager). Then, do a little configuration change to SAMBA. In brief, you must uncomment the following lines in /etc/samba/smb.conf - open terminal and run:

In the [printers] section:

There is a dedicated page in the official documentation which gives more details.

Also, one would want to allow the following ports through a firewall (ufw for example) via:

For more on this, please see here.

Now let's configure the client (the Ubuntu computer from where you want to print):

Once your Ubuntu print server is set up using SAMBA as described above, you can add the printer in Windows as follows: 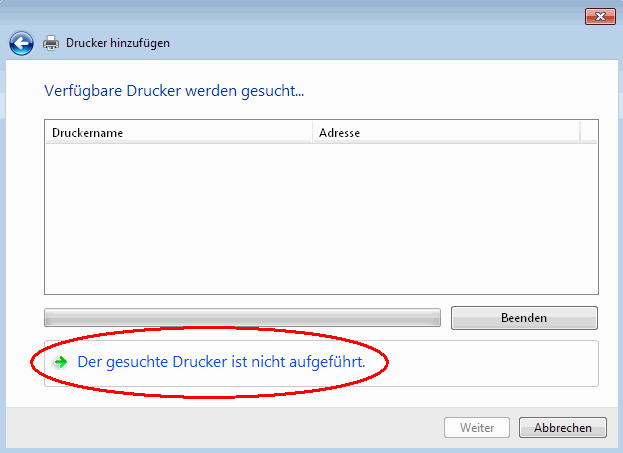 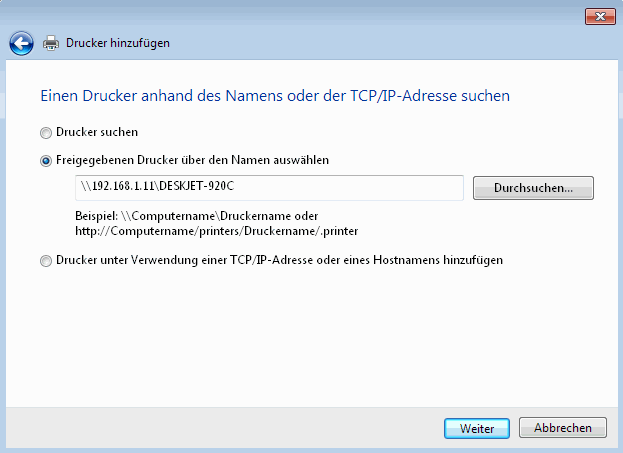 Note that searching or browsing for printers in Windows is notoriously unreliable, as it heavily depends on the network setup. Therefore, it is recommended to enter the printer address manually as shown.

Windows will then probably complain about a missing driver, and offer you to choose one manually. This is the easiest option, so select your printer manufacturer and model from the dialog box. (Alternatively, the Samba configuration could be improved so that the driver would be automatically downloaded.) If your printer model isn't listed, you may try the "Generic" printer.

If there is an firewall either on print server or the client side, there might appear a communications problem. Use this command to update the firewall to get through.

Be careful about using different network masks/subnets on your network where you would like to share the printer.

If the subnets differs, e.g. on the print server there would be a /24 (255.255.255.0) netwok mask configured, and e.g. on the clients there would be a /16 (255.255.0.0) network mask - perhaps provided by the DHCP server, this might cause a problem that clients won't be able to detect any shared printer on the server, even if other communications between print server and clients would be possible (e.g. ICMP, ssh) and successful.

Generally, it is a good idea to assign your print server a static IP address. Instead, using its host name is also possible, but functionality will then depend on proper configuration of your home router, name service, etc.

Will not find your network printer unless you go to the terminal and run cupsctl BrowseRemoteProtocols=cups (see the CUPS 1.4 documentation at http://www.cups.org/documentation.php/doc-1.4/sharing.html). After doing so, you may need to set the network printer as your default printer for it to show up in program "print" menus.