It is possible (although a little cumbersome) to play HD DVD and Blu-Ray films on Ubuntu. 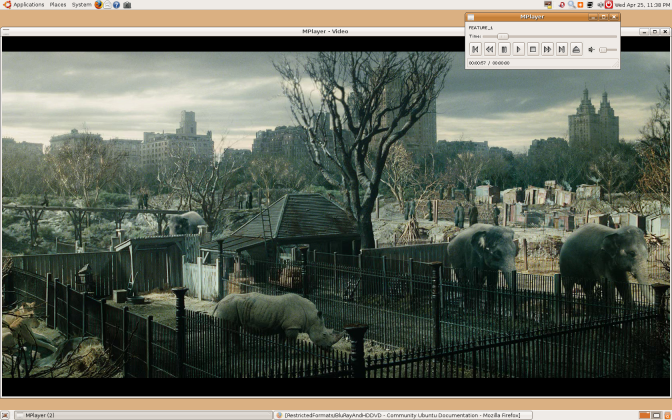 Audio in some films may not yet be supported.

The AACS 'Digital Rights Management' (actually, Digital Restrictions Management) system in most HD-DVD and all Blu-Ray discs attempts to stop consumers from exercising fair use rights, including:

Blu-Ray or HD DVD player applications require their unique player (or 'device') key to play discs. These keys are issued by AACS-LA to approved manufacturers that implement the restrictions above. This player key can decrypt each film's volume key, which in turn can decrypt the film's content to play it.

However the AACS DRM is ineffective and does not successfully prevent any of these things.

Legal Notice Patent and copyright laws operate differently depending on which country you are in. Please obtain legal advice if you are unsure whether a particular patent or restriction applies to a media format you wish to use in your country.

None of the software below is supplied or endorsed by Ubuntu.

Ubuntu 9.10 contains a version of Mplayer that is capable of reading decrypted Blu-ray files.

Many HD DVD and all Blu-Ray discs use DRM. For these discs, you'll need:

As an easier alternative to the DumpHD method, you can try the MakeMKV program. The program contains a decryption key that has not been revoked, and may have more success in ripping your disc. It is not a perfect solution, however, because the main backend of the program is closed-source, and MakeMKV is not able to remove the BD+ protection on certain discs. Using MakeMKV, however, is often easier than using DumpHD.

A guide to easily initialising and watching Blu-ray discs with MakeMKV can be found here: http://themediaviking.com/software/bluray-linux/ 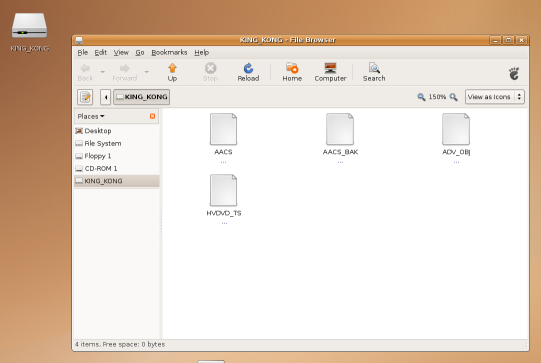 If you're not watching a movie at this point, the disc needs to be decrypted. 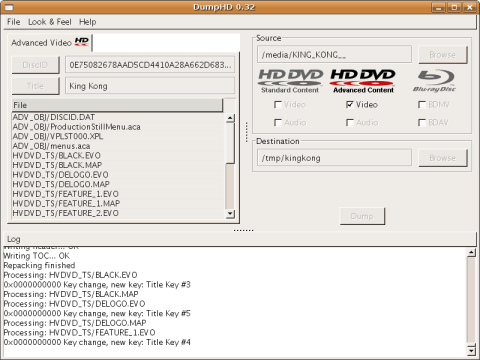 Select the disc as the source (a directory somewhere beneath /media/Film Name and a directory like /tmp to save the movie content.

You can proceed onto the next step once FEATURE_1.EVO has started decrypting. 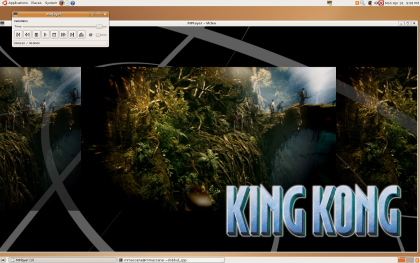 Nvidia 8000 series and above, excluding 8800 cards, support Video Decode and Presentation API for Unix (VDPAU). This allows the Nvidia GPU to take on some of the decoding load.

Mplayer in Ubuntu 9.10 supports VDPAU. You will also need the nvidia-185-libvdpau package.

When you have a decrypted Blu-ray/HD-DVD filesystem on your hard disk, you can run the following command:

The bluray iso file is in udf format instead of iso9660. Therefore you need to mount it using the udf type:

Some files require odd workarounds - for instance, the Pirate Of The Caribbean trilogy requires you to specify the frame rate with the "-fps" option (i.e. "-fps 25" for PAL) and may start with the wrong language selected (you can cycle through them by hitting the # key).

Depending on the speed of your computer, you may need to alter the AV Sync during playback, using the - and + keys.

You can go to full-screen in Mplayer by pressing the F key.

You generally get smoother playback without a compositing window manager (so turn off Compiz).

Some discs (like The Boat That Rocked) require the latest Mplayer from SVN.

Freedom to Tinker article on AACS decryption - A simple explanation of the DRM used in HD DVD and what BackupHDDVD (and BackupHDDVD C++) do.

Why you should boycott Blu-ray and HD-DVD