The following games are natively available in Ubuntu. This is just a sample of the games included in Ubuntu; open the Ubuntu Software Center and click the "Games" section for a complete listing of available games. You will need to have the Universe repository enabled (see Repositories/Ubuntu). 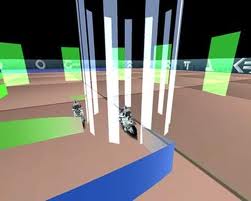 Armagetron is a multiplayer game in 3d that attempts to emulate and expand on the lightcycle sequence from the movie Tron. It's an old school arcade game slung into the 21st century. Highlights include a customizable playing arena, HUD, unique graphics, and AI bots. For the more advanced player there are new game modes and a wide variety of physics settings to tweak as well.

The Battle for Wesnoth is a free, turn-based strategy game with a fantasy theme. Fight a desperate battle to reclaim the throne of Wesnoth, or take hand in any number of other adventures…

3. Beneath a Steel Sky 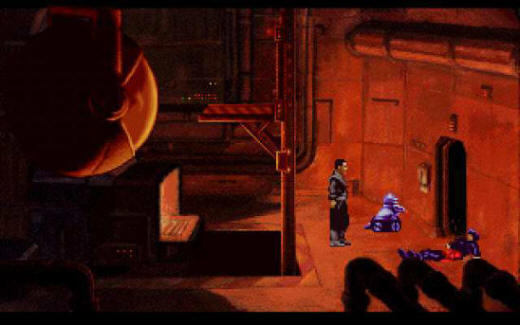 A science-fiction thriller set in a bleak post-apocalyptic vision of the future, Beneath a Steel Sky revolves around "Union City", where selfishness, rivalry, and corruption by its citizens seems to be all too common and those who can afford it live underground away from the pollution and social problems which are plaguing the city.

You take on the role of Robert Foster, an outcast of sorts from the city who was raised as a boy in a remote environment outside of Union City that is simply called "the Gap". Robert's mother took him away from Union City as a child on their way to "Hobart," but the helicopter crashed on its way. Unfortunately Robert's mother dies in the crash, but he survives and is left to be raised by a local tribe from the Gap.

Years later, Union City security drops by and abducts Robert, killing his tribe in the process. Upon reaching the city the helicopter he is on crashes, and he escapes high upon a tower block in the middle of the city, where he sets out to discover the truth about his past and to seek vengeance for the killing of his tribe. 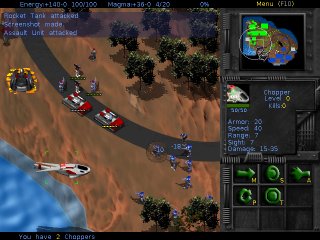 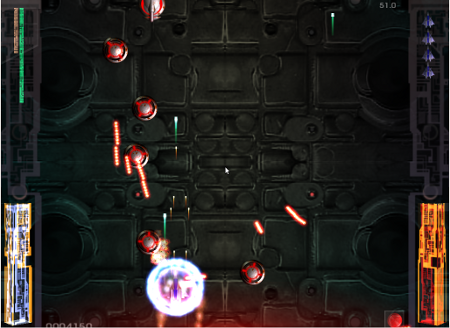 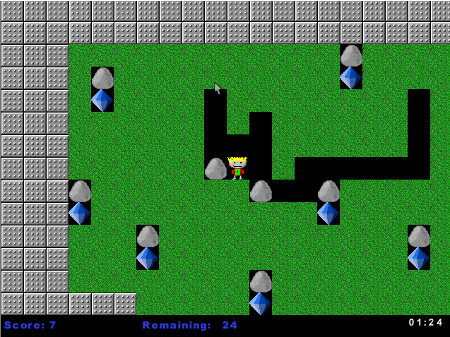 Epiphany is a clone of Boulder Dash. In this game, the player must collect all the valuable minerals scattered in each level, while avoiding being hit by a falling boulder, or worse, a bomb. PlanetPenguin Racer is a racing game featuring Tux, the Linux mascot. The goal of the game is to slide down a snow- and ice-covered mountain as quickly as possible, avoiding the trees and rocks that will slow you down. Collect herrings and other goodies while sliding down the hill, but avoid fish bones. 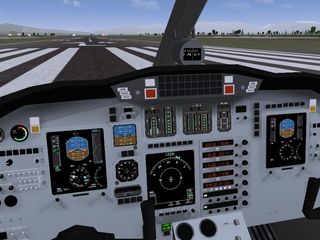 The goal of the FlightGear project is to create a sophisticated flight simulator framework for use in research or academic environments, for the development and pursuit of other interesting flight simulation ideas, and as an end-user application. 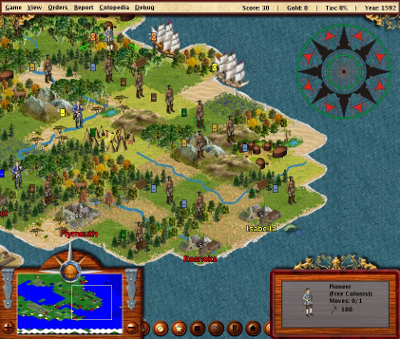 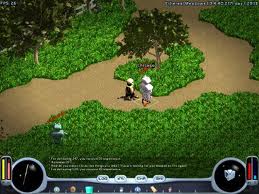 In the future 'Monopoly Systems' eliminated open source and put their software on all of the robots which have permeated every aspect of life on the planet. Unfortunately their software was buggy and the robots rose up and slaughtered most of humanity. You are a penguin from outer space and you must destroy (or hack) the robots to save the world.

Help with expanding and improving the story and game is welcome! 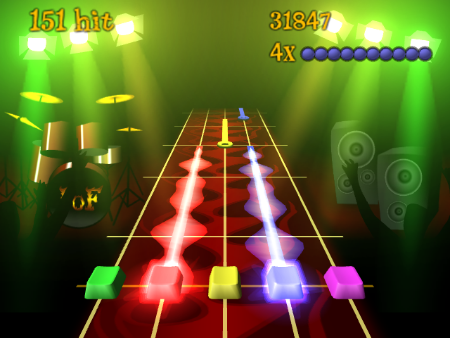 Frets on Fire is a game of musical skill and fast fingers. The aim of the game is to play guitar with the keyboard as accurately as possible. 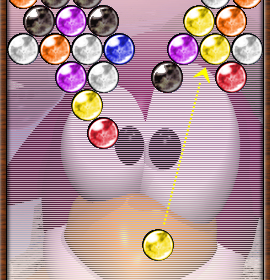 Get rid of all the bubbles by matching colors as quick as you can! 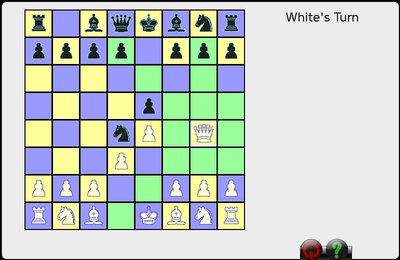 GCompris is a high quality educational software suite comprising of numerous activities for children aged 2 to 10. Some of the activities are game orientated, but nonetheless still educational. Game categories include; computer discovery, algebra, science, geography, games, reading & other kinds of puzzle games. 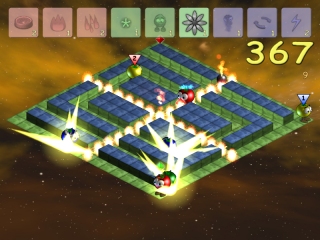 I Have No Tomatoes is an extreme leisure time activity idea of which culminates in the following question: How many tomatoes can you smash in ten short minutes? If you have the time to spare, this game has the vegetables just waiting to be eliminated! 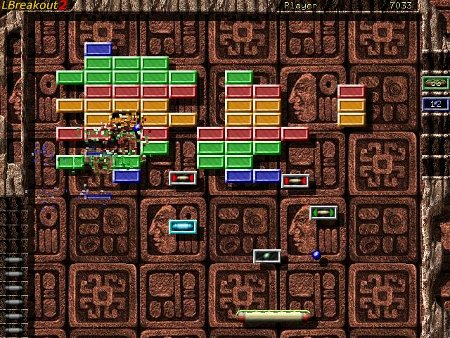 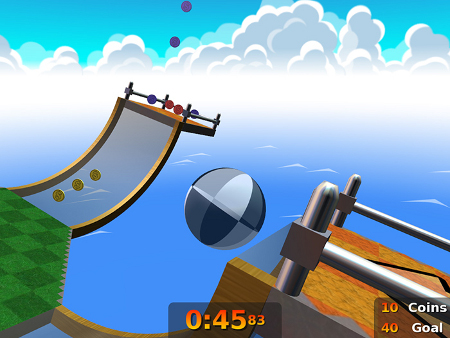 In the grand tradition of Marble Madness and Super Monkey Ball, Neverball has you guide a rolling ball through dangerous territory. Balance on narrow bridges, navigate mazes, ride moving platforms, and dodge pushers and shovers to get to the goal. Race against the clock to collect coins and to earn extra balls. Nexuiz is a 3d deathmatch game project, created online by a team of developers called Alientrap. 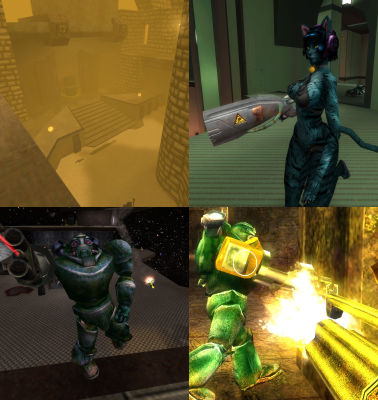 OpenArena is an open-source content package for Quake 3 Arena licensed under the GPL, effectively creating a free stand-alone game. Though OpenArena is a free replacement for id Software Inc.'s Quake 3 Arena, it is NOT compatible with the proprietary game! 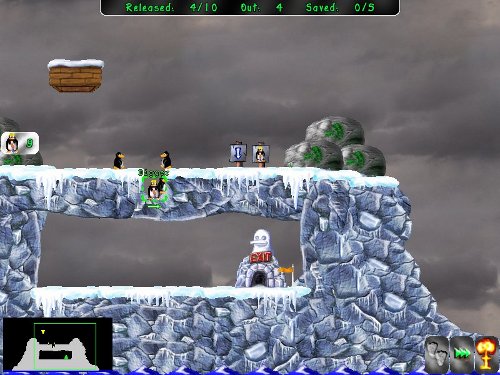 In this Lemmings clone, you must take command of a bunch of small animals and guide them around various levels. Since the animals walk on their own, the player can only influence them by giving them commands such as "Build a bridge," "Dig a hole, or redirecting all animals in the other direction.

rRootage is an arcade-style vertical shooting game with music to match. Avoid the barrage of bullets and destroy the enemy's battle ship with your laser. rRootage has 40 levels, each playable in four different modes. Scorched 3D is a game based loosely (or actually quite heavily now) on the classic DOS game Scorched Earth, "The Mother Of All Games." Scorched 3D adds amongst other new features a 3D island environment and LAN and Internet play. 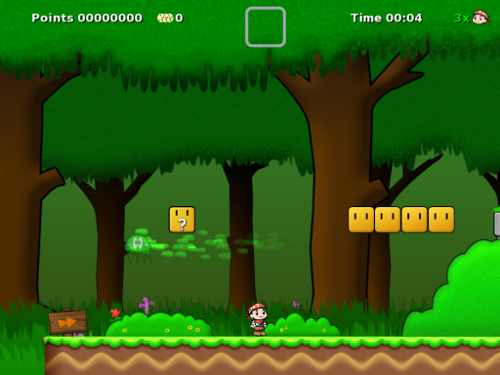 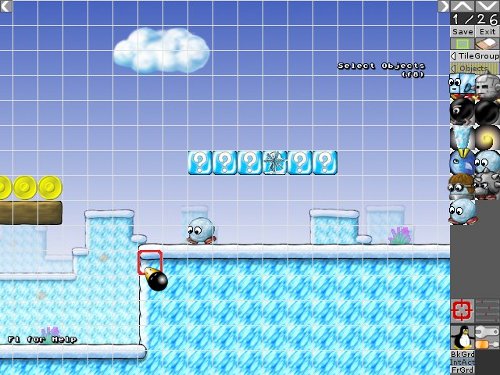 Super Tux Kart is a 3D kart racing game based on TuxKart with funny characters. TORCS, The Open Racing Car Simulator, is a car racing simulation which allows you to drive in races against opponents simulated by the computer. A space simulator. Current features include split-screen play, trading, exploration and of course plenty of shoot 'em up action. 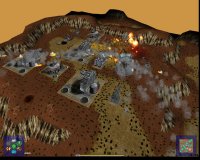 Warzone 2100 is a real-time strategy game, originally developed by Pumpkin Studios (later Pivotal games) and published by Eidos-Interactive. In December 2004, its publishers released it under the GPL. 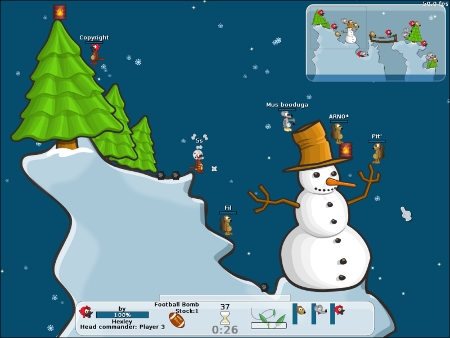 Have the mascots of your favorite free softwares battle in the Wormux arena. Using dynamite, grenades, baseball bats, and other weapons, exterminate your opponent in 2D cartoon style and funny environment.