Portable system that boots and works in most computers

This page describes a combination of portable systems that boots and works in most PC computers (laptops, desktops and workstations with Intel or AMD processors).

All these operation modes work in

Links to file and md5sum

You can find the compressed image file and the md5sum via these links,

The Lubuntu systems in this compressed image file were installed and combined inspired by a method originally described by C.S.Cameron.

I modified/added the following steps.

Screenshot of the installed Lubuntu system 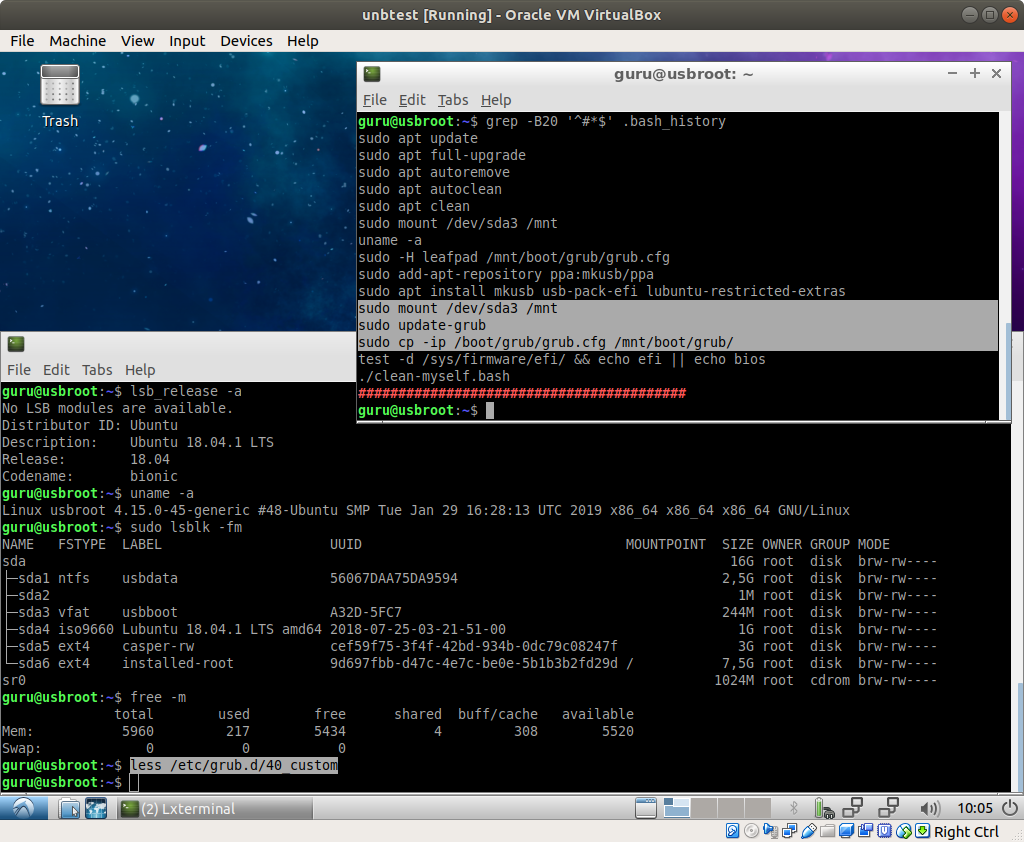 Comments to the screenshot

The system was run in VirtualBox in order to get screenshots of the grub menu. I continued into the installed system and this screenshot.

Install from the compressed image file

Remember to check with md5sum, that the download of the compressed image file was successful.

The size of the target drive must be at least 16 GB (nominal size, there is some margin for 'undersized' drives)

It is straight-forward to install from the compressed image file with mkusb.

If you clone with another tool, you should run gpt-fix in order to match the gpt data to the current drive size (mkusb version 10.6.6 or newer versions of mkusb, runs gpt_zap and gpt_fix built-in).

See the detailed description at this link: ../#Installation_from_a_compressed_image_file

The system in the compressed image file is intended for external drives, primarily USB pendrives and memory cards, but can be used in an SSD or even HDD (external or even internal if you wish).

You may want to tweak the installed system: