Return to the main OBI page

Mini system with a menu to select installing DE

Use the One Button Installer to install a mini system (originally made from Ubuntu 14.04 mini.iso) with a menu to select installing various light (ultra light to medium light) desktop environments. It installs a portable system text based system (also portable wired network).

The following tarball contains phillw's nonpae kernel, made to be used with very old computers.

This tarball was updated/upgraded 2014-12-30 to the following tarball, and the kernel was replaced with the current generic pae kernel 3.13.0-43 and comes with the boot option forcepae to run with most 32-bit (and 64-bit) processors and be able to update the kernel, also with Pentium M and Celeron M.

and further updated/upgraded 2016-05-06 to the following tarball,

The screenshots were made with Trusty-mini-txt6 and Lubuntu Core was installed in a computer with Pentium M, booted without the boot option forcepae (removed for this particular illustration). The system can boot from grub, but cannot update the kernel, so supplying forcepae makes it more convenient for the end user (you).

Running in text mode needs only 39 MiB RAM in that computer, while running in the Lubuntu DE needs approximately 150 MiB. This is slightly more than the non-pae kernel, described in the following link RAM and disk usage tests with Trusty non-pae 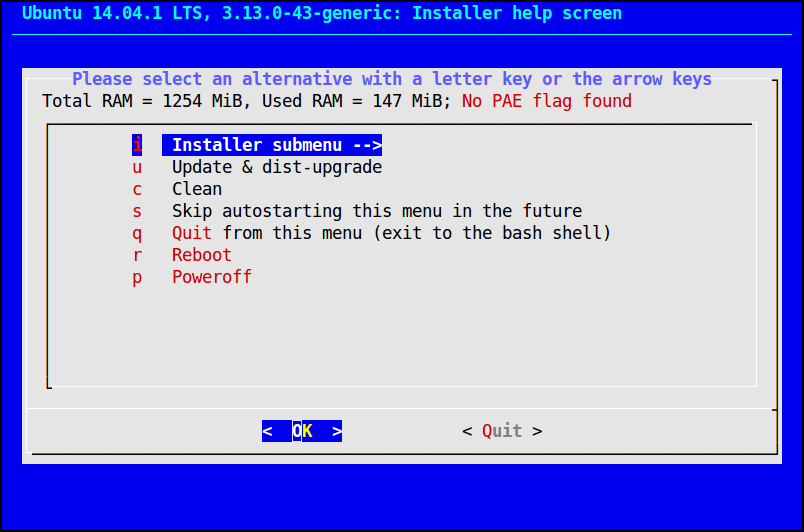 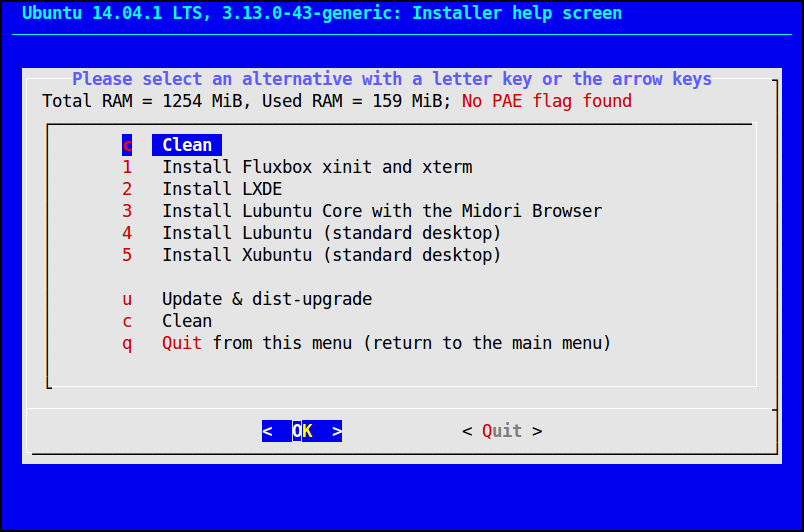 Return to the main OBI page