These are games that are non-free, may require you to pay to play them in some way, but work natively on Ubuntu. 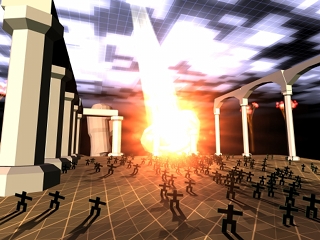 The world of Darwinia is a virtual themepark, running entirely inside a computer network and populated by a sentient evolving life form called the Darwinians. Unfortunately Darwinia has been overrun by a computer virus which has multiplied out of control. Your task is to destroy the Viral Infection and save the Darwinians from extinction. 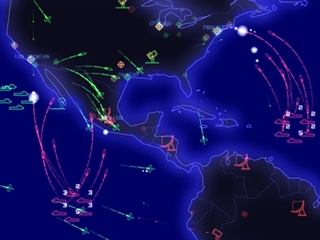 You play the role of a military Commander hidden deep within an Underground bunker. Your mission - to successfully exterminate your enemy's civilian population whilst disabling their ability to attack your own. Start by launching your battleships, subs and bombers in order to decimate your opponent's defences. Scramble together your alliances but remember only one can stand victorious.

Prepare your pre-emptive strike before one of your supposed allies gets the same idea. Choose the perfect moment for betrayal, obliterating your opponents with an apocalyptic thermonuclear barrage, but get it wrong and their devastating counter attack will bring you to your knees! 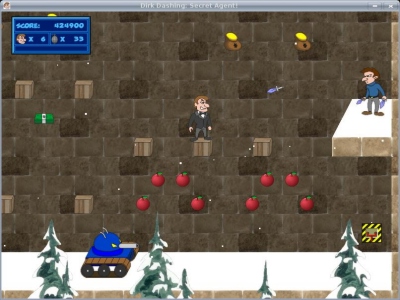 Save the world from the forces of E.V.I.L. in this side-scrolling, action-packed adventure! As agent Dirk Dashing, you have been assigned to recover the seven largest diamonds in the world, which were stolen by international jewel thief, Pique Pockette! Battle enemy agents, collect working spy gadgets, and solve baffling puzzles as you make your way through hand-painted levels in search of the elusive gems! 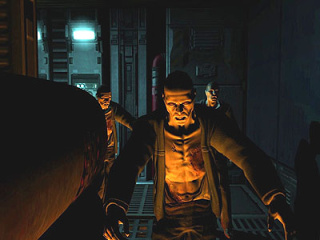 The third game of the DOOM series which takes gamers through the depths of Hell where technology and demons meet.

You start as a marine soldier sent to Mars where a corporation named The Union Aerospace Corporation makes secret experiments. People around the base are on the edge, something is not right. You receive your first simple mission and when you go off, the Hell unleashes. 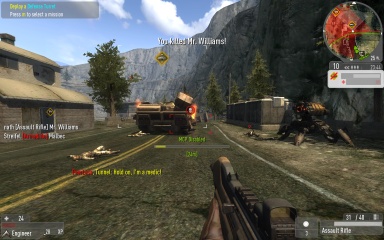 After they had fought out their civil war on their homeworld called Stroggos, the Strogg ventured out into space to conquer other planets and study other races to integrate them into their own. In 2060 they enter space above their next target: Earth. The Global Defense Force (GDF) is completely overwhelmed by the attack of this highly advanced force but they don't give up and fight for their survival. Ultimately Earth will fall into the hands of the Strogg and the events which lead to the beginning of Quake II will unfold but until then, you'll be an important part of this last battle for control over the planet! 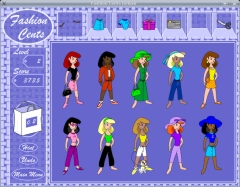 The original fashion puzzle game, now available for Linux! Combine a wide assortment of hats, tops, bottoms, and shoes into outfits that are color-coordinated. Add accessories like glasses and purses to score bonus points. Shelves at the top of the screen provide storage for items you want to save or can't use. Create enough outfits to advance to the next level! But don't run out of dolls or shelf space, or your game is over!

Full version includes hundreds of free add-ons, and ability to create your own add-ons and share them with other players on the My Game Company forums using the free Fashion Designer Kit. Lots of fan-made creations are already available! 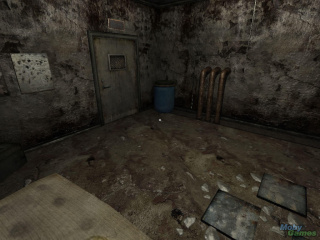 Black Plague is the second major part of what was originally planned as the Penumbra trilogy. The story is picked up right after the events of the first game, where Philip travelled to Greenland to pursue a location the notes of his father describe. The game takes off deep inside the mines, in a complex known as The Shelter, built in the seventies by the Archaic Elevated Castle, an organization in pursuit of ancient knowledge. Philip gets to know more about the Tuurngait virus and the storyline is explained further through the events and notes left behind. 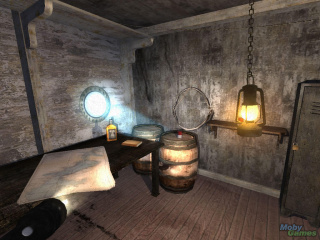 Penumbra: Overture is a first-person survival horror game. Originally created as a tech demo to showcase the in-house developed HPL engine, the small team soon turned it into a full game, split up into two episodes (originally advertised as three), of which this is the first one.

Players take on the role of Philip. After his mother's death, he receives a letter of his father, a man he has never seen in his life and presumed dead. Philip is asked to destroy a set of notes, but instead he decides to travel to the wastelands of Greenland following the clues left in the writings. He ends up in an underground complex where he discovers disturbing facts about the past and events hidden from the rest of the world.

This is the seventh title in the Quake series. The Linux version requires an original Microsoft Windows or Apple OSX-compatible retail version for licensing purposes.

Savage 2 takes the best of the FPS, RTS, and RPG genres and blends them seamlessly into an extremely addictive and complex experience. Take the reigns as the commander from an RTS perspective or join your army on the field. 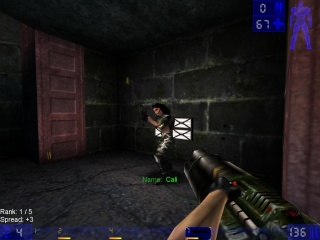 Unreal Tournament is completely different to Unreal - it's now mainly based on multiplayer, like Quake 3. At the beginning, you have to play classic deathmatch rounds. After you have successfully won some of them, a new game mode becomes available, domination. In domination there are about 3 or 4 different areas scattered around the map to be controlled by your team. For a certain amount of seconds you control one area, a point is added to your score. The more areas you control, the faster your team's score rises. When you or the other team reaches a certain score, the game is over. The 3rd mode is called capture the flag, every team has a flag to defend and tries to capture the other team's flag to score a point. 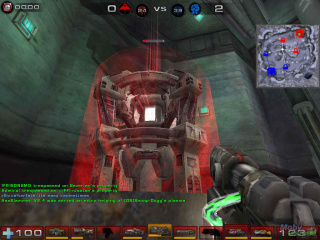 This latest edition includes several new features. First and foremost is the return of Assault mode from the original Unreal Tournament. This mode pits two teams, attackers and defenders, against each other. The attackers must try to complete various objectives, and the defenders have to stop them. At the end of the round, whether time runs out or the attackers win, the roles are switched, and the defenders become the attackers. A mode new to 2004 is Onslaught. Another team-based mode, there are several Power Nodes spread throughout the map, with one base per team that houses a large Power Core. The players must go to each Power Node, link it to the enemy Core, and eventually attack the enemy Power Core itself. Rounding out the remainder of the game modes is the standard Capture the Flag, Deathmatch, Team Deathmatch, Double Domination, Bombing Run, Last Man Standing, Invasion, and Mutant, for a total of ten different game modes. 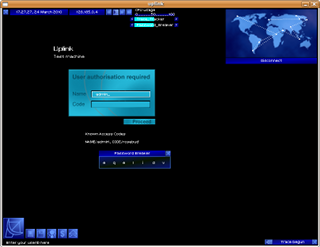 High tech computer crime and industrial espionage on the Internet of 2010.

You use the money you earn to upgrade your computer systems, and to buy new software and tools. As your experience level increases you find more dangerous and profitable missions become available. You can speculate on a fully working stock market (and even influence its outcome). You can modify peoples academic or criminal records. You can divert money from bank transfers into your own accounts. You can even take part in the construction of the most deadly computer virus ever designed.